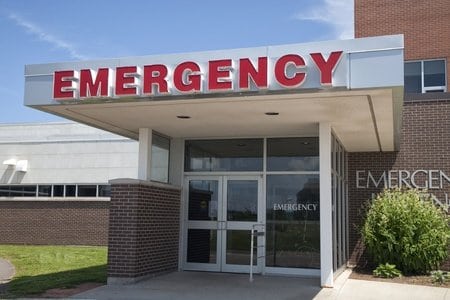 Every wonder why all these new “Emergency Rooms” are popping up in various locations around town? They’re affiliated with local hospitals but are built at various other locations – detached from their parent hospital. The reason? Emergency rooms appear to become the new profit centers for hospitals. They can generate an enormous amount of revenue in a relatively short amount of time.

Take, for instance, two recent cases: First, a client was in a car crash. While the collision was significant, she knew she had no broken bones or internal injuries. She had vague neck pain and a headache. Rather than go to a Walk-In Clinic which would have taken a basic x-ray and ruled out any significant injury before giving her a pain reliever and muscle relaxers, she went to one of these newer stand-alone “Emergency Rooms”. After a battery of tests, she was released a few hours later with a handful of pills and a bill for $7,900. Nice work for a few hours. She was discharged without being admitted.

Another client also had a car crash – this time he hit his head and had a bloody ear. Wanting to get his head checked out, he went to a newer Emergency Room in Pasco County. Because of the possible head trauma, he had some CT scans were taken which were, thankfully, negative. His bill after a couple of hours? Are you ready for this? $26,625. He was also discharged without ever being admitted.

Now some in the medical profession will undoubtedly fall back on the blame game of faulting lawyers – that doctors must perform all these tests or else get sued by lawyers if something bad happens to the patient after discharge. Utter nonsense. Medical malpractice cases are at an all-time low in Florida and virtually nothing has happened with malpractice in the last decade – and the cost of emergency room care has skyrocketed in the last few years alone. The truth is emergency rooms make money for their parent hospital. If they didn’t, they wouldn’t be popping up like mushrooms all over town.

These ridiculously high emergency room bills make it more difficult to settle injury cases since car insurance is generally all used up by the high ER bill and other treating physicians then must wait to get paid anything. These physicians who actually treat the patient (rather than just diagnose) are less likely to reduce any bill when they haven’t been paid anything from car insurance and they’ve waited 9 months or longer for payment.

If you’re in an accident and you think you have sustained a serious or significant injury, by all means, go to the Emergency Room. However I’ve been advising a client for a while now, if you’ve been in a wreck and you know that there’s no head trauma, no bloody lacerations, no broken bones or internal injuries save the money and go to a walk-in clinic that has their own diagnostics.

Update: Since I started this blog post, I have another client who recently went to the same newer E.R. in Pasco County as described in an earlier paragraph. Same issue – sizable crash, a client had vague neck and back pains and she was taken by ambulance to this ER. The bill this time was $37,525. Again, this bill was generated without being admitted to the hospital – this was all in the emergency room where she was discharged the same day.