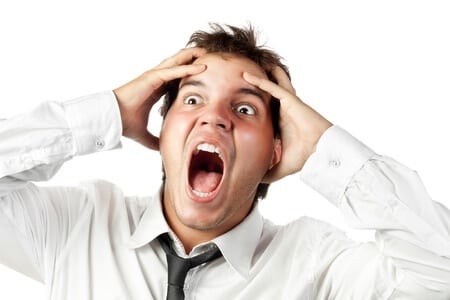 Lawyers are trained to think critically; to think logically and rationally. If your belief isn’t supported by the facts – rethink your belief. It’s probably wrong. I’ve been wrong lots of times, and when faced with contrary evidence, I usually have to grudgingly acknowledge that I was mistaken. It’s a lot easier to admit defeat than fight with stubborn things like facts.

This, however, seems to be the year in politics when facts are not only irrelevant, facts are the enemy. Facts are wonky, they’re nerdy. They’re intellectual…To some, facts get in the way of what I choose to believe. And as we have seen recently, in politics it’s okay to mock facts and make the speaker of such facts, not just the opposition but evil incarnate. It is this demonization of logic and those that speak it that’s scary.

A friend of mine, also a student of politics, is an editorial writer at the Tampa Bay Times; his credibility on all-things-political certainly exceeds mine.  He was expounding on this growing phenomenon of our electorate – the ability of someone to completely discount and disregard facts if those facts do not support the voter’s narrative. It is a new zeitgeist – that I can believe whatever I want regardless of scientific evidence or facts and those who disagree are morons, eggheads or simply “loooooosers”.

It is a complete reversal of logic in favor of sophism – I’ll look for facts that support my belief, and if I cannot find them, I’ll make up “facts”. See the contorted brilliance of this? If evidence to prove a theorem is no longer essential, tossed aside like so many boring details, then my made up facts are just as relevant as your “actual” facts.  And when confronted with your pesky actual facts, I’ll just tout that my made-up stuff is true-ier than your facts and discount your argument (apologies to Stephen Colbert’s ‘truthiness’). But beyond the debate, why not finish off your opponent  with falsehoods, intimidation and threats? Beware the amateur debater for he does not play by the rules…

There are lots of religious examples of this – typical is where the speaker will hide behind the Bible rather than acknowledge science- based facts – and state the earth is 6,000 years old.  If you dispute this you are a heretic and are going to hell. Take that!, fact-based person….

Climate Change deniers are a subset of this. They not only deny man-made climate change, they claim the 999 scientists who tout empirical scientific evidence are corrupt and have been bought by tree-huggers and Solyndra types who want to put solar panels on every  shed and out-house. Instead, their true confirmation bias points to one scientist who contradicts scientists numbered 1 through 999.

Notice the similarity in both instances? Evidence is irrelevant; and, more importantly it’s more effective to devalue the speakers as charlatans. It is the ultimate in personal politics. The goal is to intimidate into silence.

The media doesn’t help in this regard. As my favorite blogger, Steven Benen has written, for years it has been reported like this: “Candidate A said two and two equals four…….However Candidate B, states that actually two and two are 83.5.” Now one is fact based; one is nonsense. For some reason, political reporters rarely feel a journalistic imperative to correct the statement that is obviously wrong, leading viewers to their own judgments over facts.

It is no wonder successful politicians these days look more like Donald Trump than Jeb Bush. Governor Jeb who was a wonky numbers guy while in office apparently could run circles around his staff when it came to policy discussions. Ah, but that was more than a decade ago. How things have changed. Now, he’s a mere political punch line, body slammed in the Arena of Trump.

To Trump, wonky details are for wimps. His minions are much more interested in pronouncements, in declaratory statements, in promises……None of it backed up with………well, anything. Except a public that wants to believe so badly that they’re willing to suspend all facts, evidence, proof of concept, in animation. After all, we’ve been groomed this way for years now.  It’s the louder voice that has the clearer vision and just by fiat of volume presumably can get it done. Trump’s unique ability to effectively eviscerate an opponent who speaks out against him has resulted in effective intimidation of political opponents by a public that has more tolerance for ugliness than those who speak truth to power. And that’s truly sad.

PolitiFact, the Tampa Bay Times political fact checking division recently anointed Donald Trump as basically the Liar of the Year.  Many people don’t care and most discouraging, his fans probably think he should wear that as a crown of distinction in this year, the year of the Liar. Anyone who lives a fact-based life should be appalled. I hope I live through it.