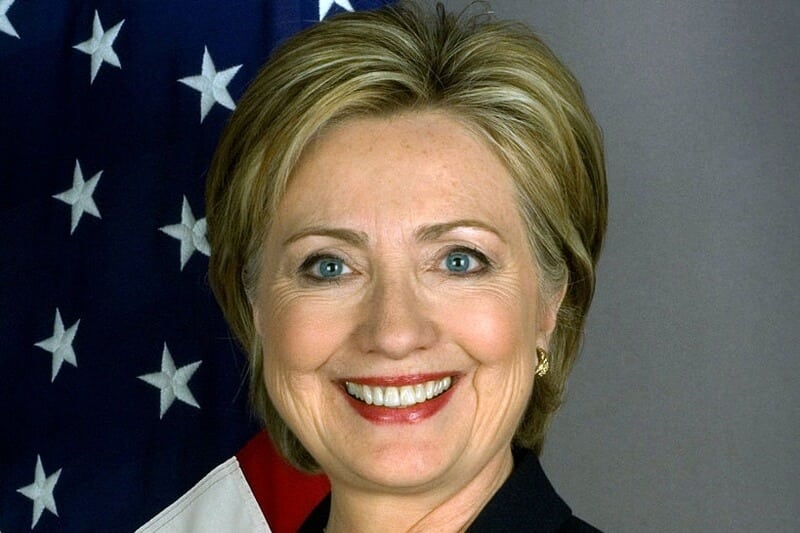 Those who know me, know that I have a passion for art. I was raised in metropolitan New York very close to Manhattan and spent many hours as a child in museums. It’s what I did growing up and it’s always been a source of interest, inspiration and even relaxation throughout my life.

Back around 2006, Florida Craftsman was hosting a charity event that featured a silent auction to raise money. All the usual people and institutions were asked for donations and many did donate. I, however, wanted to think of something different, something that you don’t see often.

Now, in 2006 I knew two things: First, Hillary Clinton as First Lady was a big proponent of the American craft industry. In fact, she solicited Holiday ornaments from the finest craftsmen in the country to decorate the White House Christmas trees back in the 1990s and they received thousands of ornaments. Everyone was thrilled to even be asked. The First Lady did a nice job of showing off the ornaments and it was a big boost to the national crafts industry.

The other thing I knew in 2006 is, Hillary Clinton was getting ready to run for President of the United States. She hadn’t announced her nomination at this time, but it was the worst kept secret in politics (sound familiar?).  At this time, however, she was a Senator from New York just “thinking” about making a run for it.

So, back to my idea: I decided that I would buy a copy of Hillary’s (then) recent book, “Living History” and send it to her for her signature so we could auction it off at our big event. Maybe she’d even pen a personal note for her craft friends in Florida.

Why would she do this? Why wouldn’t she? She loves fine craft, it’s a charity event, it gets her name out there, it costs her nothing but a signature and she’ll be running for President soon and Florida is a huge factor in national politics.

So, puffed full of pride with my great idea I called her Senatorial Office in Washington DC and asked for her Chief of Staff. Surely, this was as important as real world events and need the top staffer.  I told whomever my call was transferred to of my great idea and even asked if he thought she’d do something extra than just sign a book.

“Where are you?” asked her staffer. Well, as I told you, in Florida. This is for a Florida charity event.

“You’re not one of our constituents?” Uh, no, but should that matter?

“Why would we want to get involved in this?” Now, I’m getting a little suspicious Mr. Staffer doesn’t think this is such a great idea, as I do.

Well, I explain: First of all, as First Lady she promoted craft. Second, it’s a charity event. Third, we all know she’ll be running for presid……….

“You DO NOT KNOW THAT….We haven’t announced anything yet!!”

Listen, we’ll Fed Ex the book up to your office, we’ll send you a return envelope to Fed Ex it back, it’s quick and painless and will help our charity event. It will take Senator Clinton 5 seconds, if that.

“Do you have any idea how many requests we get for these things from our own constituents? We really don’t have time for this……”

“You don’t……….HAVE TIME FOR THIS??” Long story short, I unloaded on him with all the force of someone with truly nothing to lose and the intensity of 1,000 suns.

Sensing that I wasn’t giving up and was genuinely angry, Mr. Staffer finally responded in a someone positive manner when he said, “Listen, I’ll talk the Senator and ask her if she’d be willing to do this. What’s your name and the name of the organization. Let me look it up.”

Can I send you the book then?

Guess who never called back…. Now did he ever talk to Hillary Rodham Clinton? Probably not. But if I had to summarize the personal relations temperament of her office I’d summarize it in one word: Arrogance. And this is coming from me, a New York liberal.

By the way, very shortly thereafter, Senator Clinton began making her way to fundraisers across the country in her run-up to announce her candidacy for president. One of our board members attended her fundraiser in Tampa and got her to sign that very same copy of her book that I fought to get just weeks earlier.

The winning auction bid was $50.