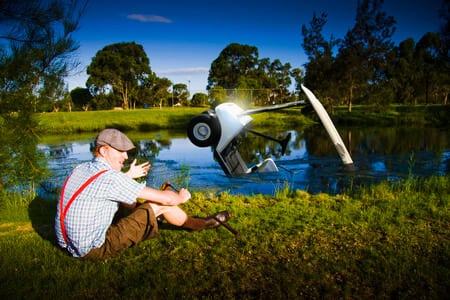 Golf carts can be fun, but like any other vehicle they often result in injuries. When you consider that most have no seatbelts, no doors, they tend to tip over and are greatly subject to driver error, this is no surprise. Whether a drunken golfer on a nice golf course or a reckless teen on a subdivision road, bad driving in a golf cart frequently leads to injuries even at the slower speeds when compared to cars.

About 15,000 injuries from golf cart incidents resulting in an emergency room visit happen every year according to the Consumer Products Safety Commission. It’s no stretch of the imagination to conclude that the most frequent golf cart incidents include three areas:  Severe braking resulting in someone flopping out of the cart; the cart rolls over from driving on extreme terrain or really bad driving; and the type of herky-jerky  starts and stops that result in a passenger (or even driver) being ejected from the cart.

Even though most industry standards limit a cart’s speed to about 15 mph, some “street legal carts” can reach speeds in the mid 20 mph limit. Much like cars, street legal golf carts must have seat belts, adequate mirrors, they must be licensed and insured.  They can only be on certain designated streets with a speed limit of 35 mph or less. The problem with street legal carts is, they are now competing for road space with other cars, SUVs and even 18 wheelers.

If you’re in a special setting like “The Villages” near Ocala where it’s almost the law to have a spiffy golf cart complete with an outer shell that makes it look like a tiny Corvette or a really slow Ferrari and use it as your main source of transportation, then you’re at home.  Most of the road at the Villages is filled with other carts – which makes it a tad safer than other roads.

Before you think most golf cart related incidents are probably scrapes and bruises from a toss onto a well-manicured fairway, there have been a ton of brain injury cases. One case settled recently for over $5 million for a man who fell off a commercial golf cart being taken by an employee from one location to another on their retail lot.

While I’d like to know how many golf cart related incidents were single cart incidents – meaning driver error, we do know a few things: The majority of incidents – 70% – of cart injuries are located on a “sports facility”, such as a golf course. The other 15% are on city streets and 15% are cart injuries “at home”.

As a friend can attest, street legal golf cart insurance can be quite costly, which is a testament to how injured an occupant can be if there’s some form of crash or spill.

If you’re so inclined, get yourself an alternate form of transportation and have a good time. It is important to recognize the risk, though.