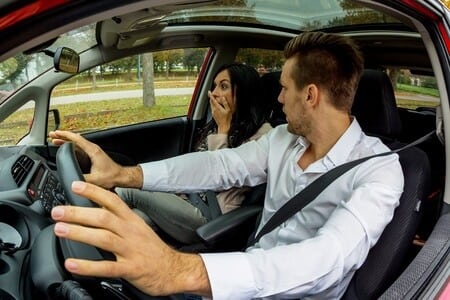 Often when I ask a new injury client if the at-fault driver that caused the car crash was given a citation, I hear this: “Yes, he was ticketed for Reckless Driving…”

In all likelihood, he was ticketed with Careless Driving, not Reckless Driving, and there’s a world of difference between the two.

Most all of us have had lapses of judgment at one time or another on the road – maybe you diverted your attention for a second and rear ended someone you thought had already turned. Maybe your foot slipped off the brake and you and took out your neighbor’s mailbox. Or, let’s say you backed your car out of a parking spot right into the oncoming path of another vehicle.

These are all examples of Careless Driving. We have a duty to drive in a “careful and prudent manner” and any failure to drive in that manner is driving carelessly.  It is the equivalent of an “Oops!”

Now for Reckless Driving: We’re all familiar with these fools. The ones cutting into and out of various lanes of traffic because it’s not enough to be going in the right direction – no, they have to be ahead of you and everyone else in his path. Or the one tailgating your car because you’re not going 20 mph over the speed limit and he wants you out of his way. How about the guy who drives in the right turn lane who scoots over into the through lane at the last second cutting you off. Or, of course, any road rage situation where the other driver tries to run you off the road.  When these situations result in a collision of cars, it becomes Reckless Driving.

By the way, I write “he” because Reckless Driving is usually perpetrated by the more macho of the sexes although it is by no means limited to men.

The Florida Statute definition of Reckless Driving is: “Any person who drives any vehicle in willful or wanton disregard for the safety of persons or property…” [F.S. 316.192]. You can see how different that is from Careless Driving where the driver just wasn’t “careful” or “prudent” enough. To be reckless you really have to be trying to be a jerk.

And if the citation sticks, the seriousness is reflected in the sentence. For Careless Driving a sentence will be a few points on your driving record and a small fine. Bummer, but nothing that will ruin your life for a while.

For those convicted of Reckless Driving, the sentence could range from some jail time -up to 90 days – and a fine for first time offenders, to six months in jail and much bigger fine.  If there’s damage to property or injury to other drivers, it becomes very serious – everything from a first degree misdemeanor to a 3rd degree felony and up to 15 years in prison.

In injury work we lawyers have to beware of Reckless Driving cases – because these cases are more akin to intentional actions – like punching someone in the jaw – than negligent ones and the injuries that flow from these might not be covered by the big jerk’s car insurance company. This is because car insurance insures drivers for their negligent actions, but intentional conduct violates that policy of insurance.  Negligence if unforeseeable, and intent is very foreseeable.

Of course, always contact your attorney if hit and injured in a car crash and let us sort out the details. It’s what we do…