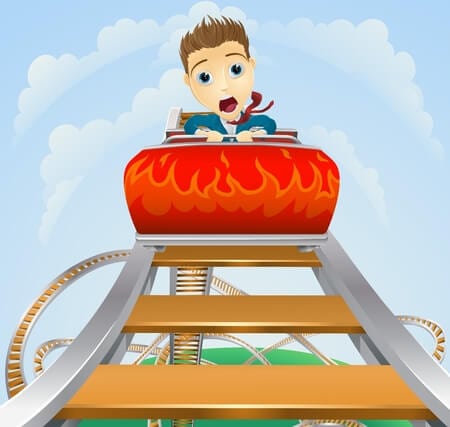 “What? You sued Disney?!?” I wonder when I’m asked that if it’s a judgment against suing “the happiest place on Earth”, or if it’s more of wonderment for taking on the Goliath of Florida. For most people, it’s a little bit of both.

At my old law firm we had a client with a legitimate claim against Disney World for injuries sustained at Magic Kingdom. I was given the task of finding an Orlando law firm that we could refer the client to since we’re 100 miles away from Disney and it was daunting for a small firm such as ours taking on one of Florida’s biggest corporations. After all, they could crush a small firm in legal costs if they wanted.

There were three possibilities why this was the case: First, plainly, some firms may have been intimidated by the prospect of taking on the Mouse; Second, since the client’s injuries weren’t catastrophic or life altering, it may just have been too much work for too little financial reward to go after Walt & Co.; Third, and this was ingenious – for a while, the Disney Corporation was hiring every major law firm in Orlando to do a piece of legal work for them which resulted in a conflict of interest so that in effect, no major Orlando firm would or could take on Disney. They were all “conflicted out”.

What to do with this case? It looked like I had it and had to run with it.

First, about the case: My client was a middle aged man on a Magic Kingdom ride. As he was loaded into the ride’s car, he was the first one seated with others behind him in a recumbent position – almost lying down legs outstretched. It was a single file system – four people to the car, each one behind the other. “Joe” was first in.

One thing that hasn’t changed in all the years Disney World has been around – they hire lots of young people with varying degrees of attention spans to run most of the theme park, including the rides. Now the young man in charge of starting the ride had a choice of two buttons to push – one would propel the ride along the tracks where the fun would begin; the other button alters the tracks to take the cars off-system. The cars would then head into what looked like a solid wall, but was actually swinging doors where the cars would be stored behind the scenes.

As the ride started, it jolted into a turn and started heading – pretty quickly – toward a solid wall. In seconds it looked like Joe and his family would be in a crash and Joe’s head would be the first thing to hit the wall.

Now why we do the things we do in an emergency is always a wonder – but at the time it seemed like a good idea for Joe to try to stop this car by taking his legs out of the car and to brace them on the ground in a futile attempt to stop this motorized car a la Fred Flintstone in his Flint-mobile. Yabba-dabba-don’t (sorry).

It didn’t work.
What it did was to hyper-extend his ankles, knees and hips as his feet, firmly planted on the platform remained there while his torso remained strapped in and propelled forward.

Luckily, around this same time Junior woke up and realized he had hit the wrong button and stopped this car just seconds before Joe could have ripped every ligament and tendon in his legs and feet. As it was, Joe suffered a pretty bad series of sprains to his ankle and knees. He spent months getting treatments, therapies, living on pain pills, etc. He went from a wheelchair to a walker to crutches.

For arguments sake, within a few months, Joe was doing pretty well. Miraculous recovery – but he still had weakness in his ankles and his knees were still achy and sore. This was a good case but not a huge case.

Litigation proceeded unremarkably. Disney’s counsel was very professional and courteous. I was pleased that they took this case seriously and didn’t try any bullying tactics. The big issue was, should Joe assume any responsibility for causing his own injuries by this odd reaction of sticking his legs out of the car. Would a “reasonable person” have done this? If a jury thought Joe acted irrationally, they could reduce any judgment by a percentage of his negligence to be determined by the jury.  10% comparative negligence? 50%? How about 0% when it’s about one’s perceived survival?

The next step was a settlement conference, also known as mediation. This was scheduled at the law office of Disney’s counsel. Usually mediation is held in a neutral setting – not either lawyer’s office. However, I really wanted to see this office – after all, it was the “official” office of Disney’s law firm. And, holy smokes, it didn’t disappoint.

It was the “penthouse” of a prominent tall bank building in downtown Orlando. As I was escorted into the private elevator we traveled up to the top. As the doors opened, the large wall in front was painted that iconic Disney color, sort of a dark pink. Inset in the walls were recessed lit alcoves filled with huge pieces of glass of Disney characters. In the middle was a large photograph of the (then) Disney CEO, Michael Eisner, and the law firm’s founder, in suits, standing in front of Spaceship Earth at Epcot. The law firm’s founder was, of course, the lawyer with whom I litigated this case. I was beginning to appreciate the implied intimidation.

The Disney-employed case adjuster showed wearing an expensive looking suit with Hidden Mickeys on her brass jacket buttons as well as a Disney themes scarf. So, here we were: Me, dressed in my Men’s Warehouse suit and my Florsheim shoes which could have used a polish, and my client, dressed in “business casual”. We were poised to take on the Mouse’s legal team. Before too long we were ready to start this conference. The five of us – two on either side of the table and our mediator sat at the far end leaving every other of 20 chairs empty as we worked on resolving this claim through this settlement process.

Now I’m still bound by confidentiality of the outcome, both for the protection of my client’s privacy and by the terms of the settlement with Disney. Here’s where the story sort of dies: Despite all the trappings of power and intimidation, Disney negotiated in good faith, with fairness and we settled the claim to the satisfaction of my client.

Most recently a 3 year old child was drowned when an alligator pulled him under water in one of Disney’s Lagoons. The event was horrible and tragic. Despite the recent reporting that this family has stated in a public press release that they do not intend to sue Disney, my suspicions are the Disney Corporation has already taken care of them and probably very well. And if I’m right, it was a smart PR move and simply the right thing to do.