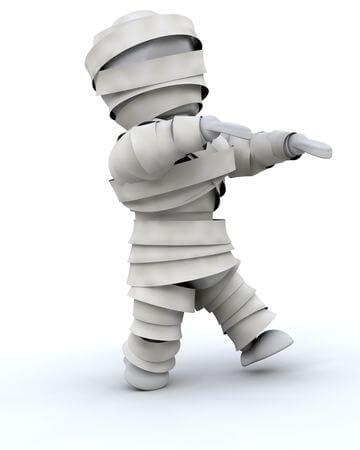 A court of law is not the Casino at the Monte Carlo. Tuxes and evening dresses are not required. What is required is common sense. But here are two quick stories about what happens when you dress inappropriately for Court:

First, I was in Small Claims Court before it was in session: We were all waiting to be called when a woman appeared looking confused. She was obviously subpoenaed to be there because she was holding a court pleading with this address, courtroom and time. This woman was wearing a long flowing gauzy type of dress that looked like it consisted of about 100 different scarves of various lengths and colors all sewn together in layers. From a distance her outfit looked like various colored feathers that sort of took off in the various breezes of the courtroom. Swaddled around her head was another bunch of scarves covering her head entirely all tied together under her chin like Little Debbie, of snack-cake fame. Her appearance was that of someone who befell some unfortunate medical fate who ended up in hospital bandages from head to toe, all unraveling and all tie-died in Easter Egg colors. A bit like a psychedelic mummy.

She looked at the Bailiff curiously and asked him if she was in the right place. The Bailiff replied in open Court: “You’re on Planet Earth.”

Next, I was in Traffic Court, which is always a slice of life. It can be like the folks you see at the DMV if you picture their far less successful relations.  This next observation really happened: This 300 lb. gentleman walks into Traffic Court wearing dirty bib overalls, no shirt, with a porkpie hat and with a stubby cigar in his mouth – unlit, of course (he wasn’t completely unsophisticated). The Bailiffs, who get very chummy with the judges, were almost gleeful waiting for the judge to take the bench to see this defendant. They stood on the sidelines almost giggling – I for one, was dreading what this poor bastard had in store for him.

After the judge called his name, he stood up and walked closer to the bench and the judge took one look and with an audible gasp, went right to work. Citing his wildly inappropriate attire – and lack of attire thereof (would it have ruined the look to wear a shirt?), the presence of his valued cigar, his choice of headgear still poised on top of his melon-sized head, he chided this defendant and asked him if he thought he was showing the proper amount of respect to “this Court that holds your fate so precariously in its hands…” He dismissed this gentleman to the streets and recommended that he visit the mall for suitable attire before returning for his rescheduled court hearing and repeatedly addressed him as “Defendant, Baby Huey”.

Was the judge right to demean this man in front of the open Court? I think this type of individual may not quite get the subtleties of a gentle reprimand and make no mistake, he heard this judge loud and clear.  Courtroom decorum should be taken seriously.

Now the point of this isn’t to make fun of people, but to show how some people who already have some legal issue stacked against them, do not have a modicum of common sense to show up to Court wearing something that will engender themselves to the person who holds their perceived justice in his or her hands. Appearances aren’t everything in determining one’s guilt or innocence, but it can help when you do not dress like a buffoon.

Okay, so, what should I wear to Court? If you have a suit or a dress, wear that. Short of that, business casual is acceptable. That’s it. Was that so hard?