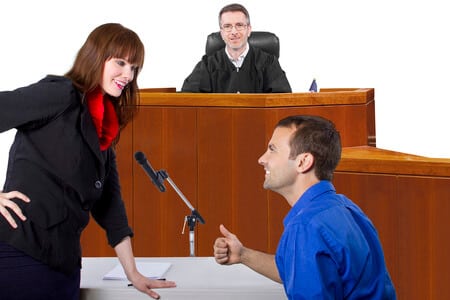 Most people in Florida who are ticketed in connection with their vehicle – either a moving violation like speeding, or a non-moving violation like a parking ticket – really do not need a lawyer unless they plan on contesting the infraction in court. And even then, some people do fine in court representing themselves.

First, unless you’re an habitual traffic offender, there just isn’t that much at stake: a few points on your driver’s license and a modest fine. And if you opt to take the defensive driver’s course, you will even save the points on your license.

Whether to contest a ticket is most always a business decision. If you’re looking at a small fine and a pretty solid case of running a red light, do you really want to take a morning off from work to go to court and contest what is a pretty clear case of running a red light? And it may be on video as evidence against you. Even if you do and even if you lose, in most cases, the only additional penalty that you may face in addition to points and a fine would be court costs of another modest amount.

If you didn’t commit the offense and really want to contest this as a basic injustice, I understand. At this point, I always think it’s better to have an attorney than not, but if you don’t the judge will let the State present its case against you and then you have a chance to defend yourself. You can cross-examine the officer who ticketed you. The State has the burden of proving its case “beyond a reasonable doubt” so all you need do, is cast just a little bit of shade on the State’s case and the judge may give you the benefit of the doubt. But beware of things like, eyewitnesses and video showing the infraction – these can go a long way to show guilt of the infraction.

By the way, if you get to traffic court and the ticketing police officer doesn’t show up, you can ask the judge to dismiss the infraction since the State cannot prove its case against you without the ticketing office being present. This might just work, or, sometime the judge might continue your hearing until the officer can be there in court. This sometimes depends on the severity of the charge.

Now the folks who need a lawyer desperately in traffic court are the fine folks who have, from time to time, been a menace on the road. They may have multiple points and are looking at having their license suspended if this most recent infraction sticks. It may be a very serious one-time charge of DUI, reckless driving or even vehicular manslaughter. Or the unfortunate person who drives for a living and was told if they get even one at-fault infraction, they might be terminated. Whenever the term “jail” or “prison” is bandied about, yes, you need an attorney and a good one at that.

Oh, and one last thing: For those who are fighting an already suspended license, do not drive yourself to Court. Remember, you have a suspended license and by showing up to Court driving a car you’ve broken the law. I cannot tell you how many times I’ve seen a judge deny reinstating a defendant’s driver’s license and the bailiff then follows the defendant out to the parking lot, where he or she gets into the car to drive away. You will spend a few days in jail.