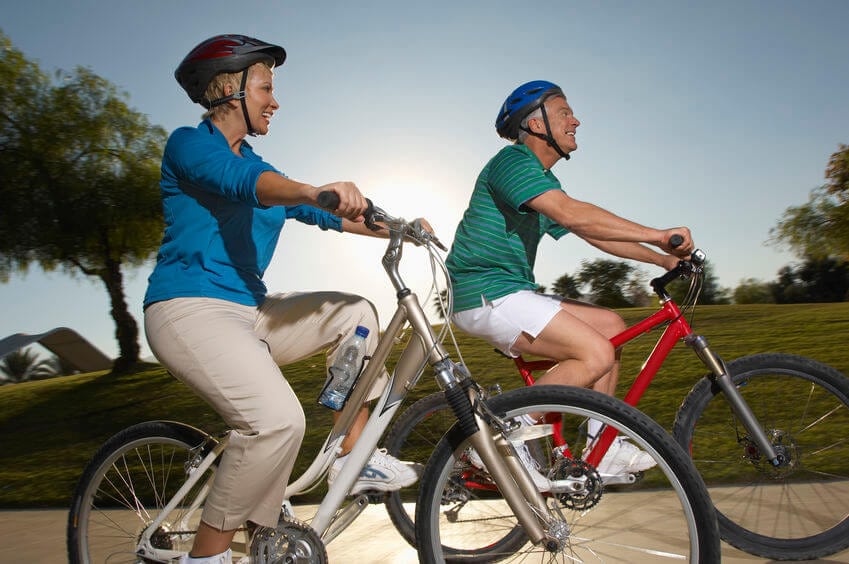 You probably know that bicycles must ride with the flow of traffic while in the street, but bicycle riders on sidewalks do not. A bicycle on a sidewalk is more akin to a pedestrian, than a street vehicle. Since pedestrians can walk in both directions on any sidewalk, bikes can as well.

The problem is bicycles on sidewalks generally are moving much faster than a pedestrian. As we exit a parking lot onto the main road, we always check to the left to catch approaching traffic to determine if it’s safe to merge onto the road. Sometimes we briefly take a glimpse to the right to make sure a pedestrian on the sidewalk isn’t upon us, but beware – a fast moving bicyclist may be approaching as well.

This situation routinely results in crashes and it’s generally considered the driver’s fault if he hits a bicyclist on a sidewalk – as pedestrians and bikes on sidewalks generally have the right of way.

This happened to a client a while back – she was hit by a car as she approached on a bicycle from the right side of the car. The vehicle pulled out just as she drove in front of the large SUV. My client was propelled off her bicycle to the right and landed in the right lane or traffic. Luckily, there were no oncoming cars or it would have been a tragic situation.

Adding an extra bizarre element to this case, the driver who hit my bicyclist only had one eye. She was missing her right eye – and, it’s not hard to appreciate how easy it would be for this driver not to see a bicyclist approaching from the right considering she had no vision in her right eye.

Turns out, it is legal in Florida to drive with vision in only one eye, but the vehicle one drives must be altered with oversized side view mirrors to try to make up for the lack of peripheral vision (or any vision for that matter) on the affected side. This driver did have oversized mirrors but, as you can tell, this didn’t benefit my client whose treatment resulted in three surgeries.

As for those serious cyclists who cycle in large packs not only in the road but all over the road, there is a lot of contradictory information – cyclists believe it is the motorists’ obligation to find a safe way around them even if they are hogging an entire lane of traffic. Other authorities believe it is incumbent on the cyclists to use the smallest footprint on the road to avoid enraged drivers and to ensure their safety.