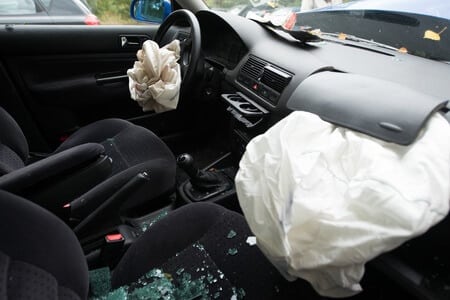 As incredible as it may seem, the Japanese company Takata cannot keep up with replacing defective airbags that have killed 13 people so far worldwide. Even more incredibly, these airbags, known to be defective, are still being installed in new cars as of June, 2016. This is according to a June 1 New York Times article.

If you’re in the market for a new Toyota, Volkswagen, Fiat Chrysler or Mitsubishi, you may be buying a car with a bad airbag.

How bad is it? When the airbag deteriorates, it accumulates a toxic moisture which then erodes the metals in the unit and when the airbag deploys, it explodes with such velocity that it sends metal shrapnel everywhere – usually into the driver killing or maiming him or her.

How can this be? Takata has convinced car manufacturers to continue to install the airbags because they won’t become defective until sometime after 2018. So, in early 2017 new car owners will be advised that their call has a recall and to bring their car back in. And believe it or not, this bizarre arrangement has been approved by “federal auto safety regulators”. Hopefully all new car owners will heed this recall and avoid being the victim of another product liability nightmare.

If you’re buying a new car this summer, beware!