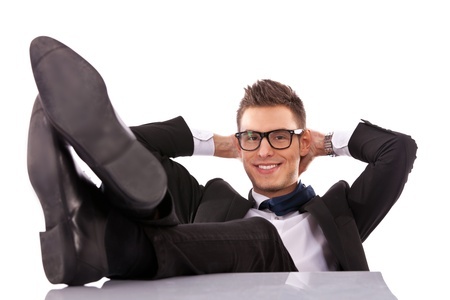 I rarely get too personal in my law firm website blog postings. It’s not in my nature. I’ll write about cases I’ve had, about changes in the law, about things around the office, about funny things in general. But writing about me as a person first and a lawyer next, is an unnatural and uncomfortable exercise.

However, on this two year anniversary it is time to reflect and acknowledge that I’m incredibly, unbelievably grateful the way things have developed over the last 24 months.

Two years ago this week I left a pretty hostile work situation. It’s not worth going into the details, but suffice it to say as communications devolved between me and my former law partner you could cut the tension in the office with a knife. A whole bunch of other nasty things were going on and I determined it was time to make an immediate move, legally and ethically.

So, after being a member of a law firm for twenty-some years of various sizes from 2 to 3 to 12 and back to 2, I finally struck out on my own.

Given the urgency of the nasty situation, within one day I contacted a realtor, looked around and found a really great little office originally built by a commercial builder as his first place, tailor made to his specifications. It has lots of windows, great views of trees and a meandering stream (which becomes a raging river in the torrential rains of this past summer) and is just the perfect size for a small firm. It’s very comfortable and easy and clients love it.

The details of the following two weeks were a blur: Signing leases and contracts, turning on utilities, a trip to Tampa to buy lots of office furniture and computers, getting a copier/scanner and the purchase of a really big Smart TV for the conference room where I can project iPad images of contracts on the screen. Oh , and writing checks. Lots and lots of checks.

At the time I wasn’t convinced I’d last a full year. Would clients find me? Would people hire a sole practitioner? Do I have a solid enough client base to sustain me and my paralegal rather than split the overhead costs with another lawyer?  And then came the occasional irrational morning angst where I was convinced despite everything to the contrary that I’d eventually had to move to and live in a refrigerator box under a bridge somewhere after I spent my last dollar.

Even at the one year mark of freedom, exactly one year ago, I was still looking over my shoulder and hoping I could continue representing good people and actually make a living in the process.

Today, it is the two year anniversary of being on my own and I can finally say with all confidence that this is the single best decision I’ve ever made – despite all of the concerns and financial vulnerabilities.

I’ve had to reinvent myself a bit – I’m not only an attorney representing injured clients, I also work in estate planning. Additionally, I’m a Circuit Court Civil Mediator as well as a licensed Arbitrator with FINRA.

I remarked to a friend recently that even though my paralegal and I really hunker down for long hours of work during the week, I almost feel like I’m semi-retired. The difference between now and two years ago is lack of stress. There is almost no stress if you structure your practice the right way and don’t live from payroll to payroll. I can take the cases I’m most interested in, cultivate relationships with my clients that only helps their claims in the long run, I can turn away matters that don’t have sufficient merit and I’m not beholden to anyone else for my financial success. And my reward for this structured practice is not only less stress but a better and much more lucrative practice.

I cannot take that for granted.  In addition to having a terrific paralegal, I have to thank my clients, existing, future and recurring. I also have to recognize my friends and family who, thankfully, never hesitate to refer me to their friends and family. Being a sole practitioner has really allowed me to develop my practice in a way that is uniquely my own.

And I have you to thank for it.