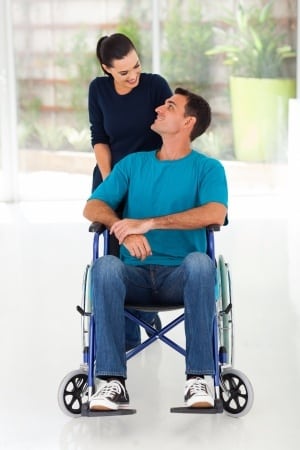 All lawyers share “war stories”. This is usually a true tale about an unnamed client (must preserve confidentiality) that resulted in some horrendous outcome to the poor slob of a lawyer telling the story. Retelling it makes other lawyers feel a bit better about their practice and it’s a right of passage for every lawyer. If you don’t have a war story, you’re doing something wrong. Sooner or later, something will go wrong in your practice.

A while ago I blogged about a client who showed up to small claims court late, reeking of alcohol and who was basically drunk for her small claims trial. And this was 10:30 in the morning. The Judge actually found the whole humiliating event humorous and, demonstrating that he didn’t find her inebriation a disqualifier, he ended up “splitting the baby” by awarding half to the plaintiff and half to the defendant. He then admonished her to sober up and fly right. In fact, the next time I saw her was in a Club on the dance floor – literally on the dance floor. She was passed out, drunk.

Here’s my latest reminiscence: When I was a young lawyer I represented a nice young couple who had been married just a few years. All three of us were in our late 20s and my clients had been involved in a pretty horrible traffic collision – the kind where most people look at the photographs of the wreckage and think, “How did anyone survive that?”

However, lucky for them, they did come out of the crash with no broken bones or internal injuries – mainly soft tissue injuries, the so-called “whiplash” injuries. Their lack of significant bodily harm was in part because they were still young and also because they were in excellent shape. They were amateur athletes and regularly competed in marathons.

My husband and wife clients treated with their doctors regularly. They were good compliant patients and when they reached maximum medical improvement they each did have a modest permanent injury. Underline the word, “modest”. We presented a demand to the insurance company to hopefully resolve their cases without having to file a lawsuit.

Unfortunately, their case wasn’t able to settle through negotiations, so file suit we did. For some reason, the insurance company didn’t believe they were injured at all. Not one lick. Believing my clients’ treating physician more than the good hands people, I initiated litigation.

Flash forward to the date of deposition, where the insurance company’s lawyer grills my clients about their lives, their injuries and their disabilities in front of a court reporter. This testimony is important because it can be used in a jury trial for various reasons.

As the deposition progressed with each, I could tell something was wrong: this couple with nominal injuries, like restricted range of motion about their neck and the occasional headache were suddenly horribly injured – at least according to their testimony.

Despite my warnings in the hallway, they each testified that they do not do anything anymore. No social activities, no long walks with the dog, no intimate relations, and certainly no sports related exercise. They were both in far too much pain to do any of this.

I was already thinking how could I sell their modest injuries to a jury when this couple looked like they just fell off the cover of a fitness magazine? Now, they’ve just testified how they basically sit around waiting for the grim reaper to take them away from their lives of utter despair and constant pain.

And odder still, the insurance company’s lawyer seemed to be baiting them to bigger bouts of exaggeration: “Of course you’re in too much pain to run marathons! With your back? What else can’t you ever do anymore?”

At the conclusion of depositions, my clients looked rather pleased with their testimony and I had this massive sense of dread.  “Really folks?!? You don’t do anything anymore?” Their testimony of disabilities was completely unsupported by the medical documentation.

As I prepared for mediation (the settlement conference scheduled before trial), a package arrived in the mail.  It was a videotape with a simple cover letter from the insurance company’s lawyer to “Please view this and call me.”

Now, surveillance tapes come in two forms: The mundane where the insurance company tries to make a big deal out of routine activities they “caught” the claimant in (such as dragging the garbage can out to the curb); and the devastating where you watch a bomb detonate your case like a super-nova right before your eyes.

In this case, the private investigator happened to catch my two gorgeous clients as they enjoyed some water recreation on Lake Tarpon. Were they reclining on an inner tube in a peaceful float on the water? No, they were filmed tandem water skiing. As the boat took off, you could see each client being catapulted out of the water to a standing position on skis, being pulled up and down the lake.

These are the same folks who said they could engage in no type of sport, and who said they were in so much pain any degree of jolting would send them into paroxysms of pain and spasm. Here they were being shot out of the lake as they skied over wakes of water left by other boats.

The private investigator, smelling blood in the water, then upped the ante: He stood close to the shore line with his video-camera in full sight and started waving at my clients as they were tugged through the lake water. Here it comes……..My clients, thinking he was a tourist admiring their waterskiing skills, started waving back to him.

Think of that if you’re on this jury. You’ve been told through testimony in trial that this young couple were so horribly disabled they couldn’t do a dang thing and had a life span of 50 more years of inactivity and debilitation. Now here they are on videotape waving to the jury as if to say, “So long, suckers!”

It was the first and last time I didn’t warn my clients before a deposition to simply tell the truth, the whole truth and nothing but the truth. Never again would I let the most obvious go unspoken.