As the economy recovers – ever so slowly – there are still lots of people out there who had little choice but to live on their credit cards until they were able to find work after being unemployed or underemployed for months or even years.

Most well intentioned people intend to pay off these credit cards bills, but sometimes it’s not fast enough for your bank credit card company. Many creditors have a deadline on repayment and when it’s not met, they “sell” your debt to third parties whose sole job is to get you to pay it off sooner rather than later.

Lots of these collection agencies are not located in the State of Florida and those that are, many are unaware of the existence of a State statute which regulates their behavior, called the “Fair Debt Collection Practices Act”.

What’s overly aggressive? The law spells out 19 separate offenses – everything from a 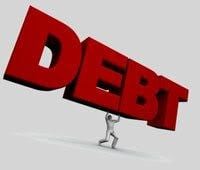 collection agent pretending on the phone to be law enforcement, or pretending to be a lawyer or law firm, to the threat of violence, to using obscene language to calling your employer and reporting the debt, etc. Even the time allowable for such phone calls is regulated. They cannot be calling you at night or early in the morning.

Every lawyer has represented clients with war stories. I had a client who promised to make a payment just to get the collection agent off the phone after the 10th harassing phone call. When the promised payment never arrived, the agent called my client and said, “I’m in Jacksonville, you’re in Palm Harbor. I’m driving down right now to kick your ass….” Seriously.  However, it was an empty threat.

I had another client who worked in law enforcement. My client complained that the bill was very much contested and she issued a demand to stop contacting her until there was a resolution about the validity of the bill. Instead, the collection guy contacted her boss’s boss, the Chief of Police. It was a clear violation of the law.

What’s the remedy for a provable violation? Well, here’s the good part: Any person who violates the law is responsible for statutory damages not to exceed $1,000 with court costs and attorney’s fees. In fact, if the violation happened frequently and persistently the Court can award several times more than $1,000.

In the case of my client who contested the validity of the bill only to have her Chief of Police scold her for bringing personal matters to work, we had the last laugh: After pointing out the multiple violations of the law, the balance of the bill was waived and the collection agency ended up paying her damages and my attorney’s fees.

Of course the take-away is, pay your bills. No one enjoys being in debt and dealing with creditors. But just know, the Creditors’ right to contact you isn’t unfettered. They must follow the rules too and it often takes an attorney to get them to stop.