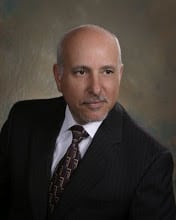 When Anna asked me to speak today, I told her I would only do it if I could ditch the downer stuff and talk about the Jan Press I knew for 20 years and who worked down the hall from me for the last 5 years. The funny, smiling and laughing Jan that made him so full of light and ease and delight.

There’s an old adage: There’s no such thing as a funny lawyer. Only a funny person who made a serious career mistake.

Jan proved this wrong. He was both a funny guy and an excellent lawyer as can be attested by a number of his clients and colleagues in this room today. There was only one Jan – if you knew the Jan the lawyer, you knew Jan the funny man.

It was only a few weeks ago he and I were reminiscing about the late Judge Pat Caddell who also passed too soon earlier this year. Like Jan, Judge Caddell had a great sense of humor although as Jan would attest, few Pat Caddell stories are appropriate for  public consumption.

Now we’re here and I’m thinking how unlikely it is that I’m doing this, speaking here today, for my friend Jan. Also gone way too soon.

Everyone in this room has a personal connection with Jan Press. I’ll bet when you think of Jan, you think of him with that grin on his face,  maybe wearing the fedora covering up a forehead wound from a recent tumble, wearing a Hawaiian shirt and with that ever present laugh in his voice. Always kidding, always joking.

I’m sure if he had his way, he’d be sticking around a lot longer than he did, but I’m also sure he’d want you to remember that Jan. The smiling Jan. The one who loved going to concerts (even at our advancing middle age). Who loved red wine, travel, Donna the Buffalo, his friends and family and the law.

He was a lawyer’s lawyer. I wonder if any of you have had this experience: Jan would occasionally launch into an incredibly complicated story of some arcane area of criminal defense that he was researching and almost footnote his comments with case law and statutory law. This isn’t my area of law so I sometimes would half listen not knowing that the progression of the story would go on for what seemed like half an hour. If you didn’t really follow the beginning of the legal dilemma like a Shakespearean drama, you’d be lost forever, just nodding your head and hoping he wouldn’t say, “What do you think of that?”  It could be, in a few words, pretty tedious.

I never stopped him because what wasn’t tedious was the obvious joy and satisfaction he gained in the legal research and by discussing it with colleagues. In navigating the legal safari he would get so in the weeds that everything else became irrelevant, even his lunch partner’s obvious growing indigestion. His intensity was very impressive and I always wished that I had that spark of intellectual dedication that came so easily to Jan. His clients were always the better for his intensity and advocacy.

Yet, Jan could be incredibly silly. We’re both fans of South Park, the completely irreverent Comedy Central cartoon that’s been on cable TV for years. In particular, he loved the now famous Christmas edition of years back. I won’t go into any details because much like the Three Stooges, you either get South Park or you think it’s the most vile, disgusting thing on TV. But in particular, he loved the “struggle” that the young Kyle Broflovski character had with Christmas, given that he was a Jewish kid in a very Christmassy, goyisha world. Something that presumably Jan could identify with as a child. And make no mistake – Jan could be as much a child in the present as he was years ago. He also loved the South Park conversion of beloved traditional Holiday songs into a thing of absolute filth…But filth that made us laugh out loud.

We often had fun with our religions, me as a fallen Catholic and Jan as a Jewish man, proud of his heritage who did not wear his religion on his sleeve. When we moved into our most recent office last fall, I put up a few Christmas decorations in the lobby, leaving half empty. I told Jan that he was welcome to bring in some things from home if he had anything particularly “Jewey” that he wanted to display. I think he laughed for 5 minutes. Mainly because he knew I meant no disrespect.

In a room of rational people and lawyers, we want to make sense out that which seems so senseless. Jan’s loss is senseless. Much like Anna and Aaron’s coping dance of: “one step, denial, one step, reality”, I have chosen to live with the happy memory of Jan Press. If denial works for now, then give me denial. I’ll deal with the rest later.

And if you’d like to remember Jan with a laugh, by all means rent the South Park episode, “Mr. Hanky’s Christmas Classics”. Make it Christmas in July.  You may never think of Jan the same way. But, if you knew Jan, I’ll bet you won’t be surprised. And I’ll bet this is the first time “Mr. Hanky’s” name was invoked in a Eulogy. Somewhere, Jan is smiling.

He was a great friend, husband, father and advocate. I’m not a member of the tribe, but I’ve always thought the best compliment that can be bestowed upon someone is “he was a real mensch.” And he was……….He will be missed.