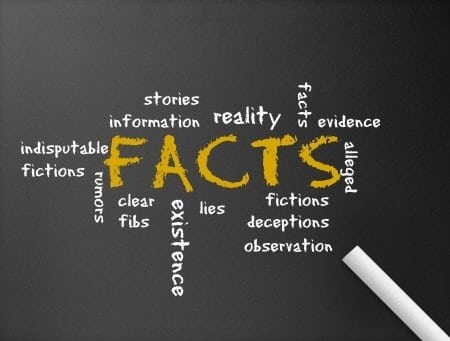 If we lived our entire life, interacted with no one and then died, what is left of us? Other than some carbon matter, nothing. There’s no proof that we existed as a sentient being.

However, most of us don’t live in isolation, we live in societies and communities and nations and countries.What separates us from other beings is the way in which we communicate. Yes, other highly developed animal communities communicate in their species-specific ways, but we humans have sophisticated ways to express ourselves, through words expressed as thoughts and feelings in ways that engender emotions even when we’re long gone.

When someone dies, yes you remember their smiles, their faces, and their persona of course, but what you really remember is their words. Their “being” was their communications with you. You remember their stories, your conversations together, the way he or she made you feel.

When it comes down to it, words are our personal legacy. It’s the glue that binds us to others, that forges relationships of all sorts. Words often turn into deeds. The way we communicate can mobilize groups or even nations – it can inspire others to follow us into action. This can be for good or not-so-good. Language can also be used to manipulate, of course. Words matter. I made a decision long ago to speak the truth – or as close to the truth as I can attain. My personal legacy will be me being as honest with myself and my friends and family as I can. I do not engage in known lies or falsehoods.

I also learned a long time ago to distance myself from those who do engage in known lies. And let’s call them what they are – falsehoods, untruths, embellishments, “alternative facts” are all euphemisms for lies. A lie is defined simply as “a false statement made with the deliberate intent to deceive.”

As a lawyer, I’m particularly attuned to truth-telling. It’s part of a lawyers’ Code of Ethics. It’s part of how you build a case in court – through evidence which is provable as fact-based and known to be reliable. It’s how you build credibility with your clients, your colleagues and your courtroom.

My word is my code. I’m proud of the professional relationships I’ve built and the friendships that have come from that.  All based on honor, trust, and truthfulness.

Now, none of this is to say that people don’t engage in White Lies: “Yes, that’s a lovely shade of lime green paint on your house…”  or even hubris in some legal negotiations: “My client has told me to just file suit on this case…”. These go to either preserving the feelings of people or zealously representing your client’s interests and, while not ideal, they do not make up the fundamental nature of a person’s moral code.

Anyone who engages repeatedly in lies as a matter, of course, shows profound disrespect to the listener whether one-on-one or to a nation of people. Regularly engaging in lies assumes a degree of ignorance on behalf of the listener – that somehow the speaker is superior to us intellectually and that we’re too dumb to know the difference.  Now, where a government is concerned clearly there are state secrets that we are not, nor should we, be privy to. But the remedy for that is to not address the issue – to state that the question cannot be answered. But known lies are no way to build trust between an institution and its people. And when known lies are hoisted upon the body politick for no apparent reason than to make the speaker look better, we had better watch out. Our loyalties are and should be to our Country, not one very flawed individual.

And if lies are commonplace over the mundane what are we to believe when the issues are of world importance?

Again, words matter. And when the fabric of the speaker is so checkered with threads of distrust, dishonesty, and disdain for the listener, it’s almost impossible to know what’s fact based and what’s fabrication. It’s all tainted.

To accept a known lie silently isn’t being polite or being a good citizen. It only enables the speaker to engage in more of it and it’s fundamentally dishonest to ourselves for who we are. It should smack us right in the chops as an insult to our very core.

If around a dishonest or dishonorable individual, just walk away. If, however, it’s endemic in our institution, our government and especially our leader, we must not let it go. We must fight for integrity, for honesty, for truth.

Lies are not who we are. It’s just not.