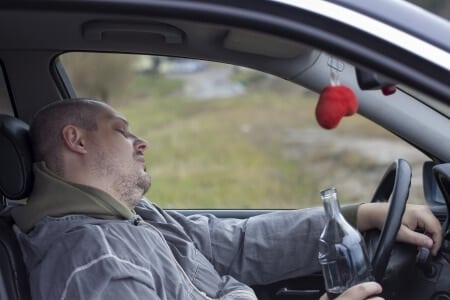 A number of years ago when I was in a larger law firm we tried a Dram Shop Act case in front of a jury. This is when someone is served alcohol to excess and then he or she gets on the road causing a collision, usually with horrific results.

The theory is that if the drunk wasn’t overserved alcohol by the bar or restaurant this incident would not have happened. It is an attempt to sue both the driver and the establishment that served him to excess for negligence.

This was an exceptionally sad case: A number of construction workers were rained out one day and decided to hang out at a local bar. They started drinking around 11 a.m. Most of this crew was drinking beer. Defendant “Buddy” wasn’t content with beer – he ended up switching to Long Island Ice Teas. For those who don’t know, a Long Island Iced Tea has not one, but four types of alcohol in it: vodka, gin, tequila and rum. It is a very potent drink.

As the rain continued, so did their drinking. Evidence showed that by the time this crew hit the road around 4 p.m., five hours after they sat down “Buddy” had had upwards of eight LI Ice Teas. For all five hours they had the same waitress. By the time they left, they were all pretty obnoxious but Buddy’s behavior was about to get them tossed out.

You know what’s coming: Buddy got in his truck, got on the road and plowed his vehicle right into the driver’s side door of a compact car carrying a high school student driving home from school. Given the rules for drunks, Buddy was somewhat injured but fared just fine. The high school student remained in a coma for weeks hovering between life and death.

Ultimately, this teenager emerged from the coma a paraplegic with massive traumatic brain damage. He is now confined to a wheelchair with a speaking board. He can only communicate by tapping out his thoughts on a keyboard and pressing “Play” which then speaks for him. He is fed by a feeding tube and his mother is now his full-time caretaker.

Sounds like a big case and a pretty easy case for liability, right? Well it was a big case; in fact, a huge case. However, finding liability against this bar isn’t as easy as it seems.

The law does not state that if you serve alcohol to someone who gets drunk and kills someone, the establishment is responsible. In fact, Florida Statute 768.125 states just the opposite: “A person who sells or furnishes alcoholic beverages to a person of lawful drinking age shall not thereby become liable for injury or damage caused by or resulting from the intoxication of such person….”

But, there is an exception where the bar or restaurant is responsible. It comes at the end of that sentence above: “……except that a person who willfully and unlawfully sells or furnishes alcoholic beverages to a person…..who knowingly serves a person habitually addicted to the use of any or all alcoholic beverages may become liable for injury or damage caused by or resulting from the intoxication of such minor or person.”

Uh oh. That’s a tough standard. Just serving someone who gets drunk and causes injury isn’t enough; we had to prove that the waitress knew or should have known that this construction worker, whom she had never seen before, was “habitually addicted to” alcohol.

How did we do that? Well, for one thing, all bars have classes for their wait staff to train them on what to look for with an alcoholic. They are on heightened alert through this education to watch for the signs and not to over-serve someone who shows classic signs of alcoholism.

Also, if someone is served 3 or 4 heavy drinks and are still walking and talking, another red flag should go up. Most of us would be heading for the floor after 3 Long Island Ice Teas and Buddy was doing just fine. His tolerance for alcohol was massive – another sign of an alcoholic. His blood alcohol level was just short of blood poisoning.

Also, as time went on and they ordered more drinks, their behavior was getting out of control, louder and ruder – another sign that someone should have stepped in to get these guys to take cabs home.

And most of all, they had the same server for all five hours who witnessed this, continued to serve them, did not notify any manager on duty and then……….just let them go.  And a teenager will now need around the clock care for another 60 years.

Author Bio: Walt Blenner is a Palm Harbor attorney  who is an “AV” (highest) rated by Lawyers.com and Martindale Hubbell. He has successfully represented hundreds of clients in Palm Harbor, Dunedin, New Port Richey as well as Tampa and looks forward to helping you and your family whether in the area of personal injury, estate planning or corporate representation.
You can follow Walt on Twitter (https://twitter.com/waltwb), Facebook (https://www.facebook.com/BlennerLawGroup)